SELF-PORTRAIT WITH THE HAMMER OF ANNUNCIATION (2016)

Nearly a half century ago a thirty-three year old man in a state of Delirio Profetico attacked Michelangelo's statue of deceased Jesus lying in the arms of his mother. He dealt fifteen devastating hammer blows to the iconic sculpture, claiming that he was the new Messiah. The Renaissance Pieta suffered serious damages, among others a detached nose, a piece of Carrara marble that has never been found. I identify the St. Peter's Basilica incident with a certain characteristic pattern of behaviour that usually accompanies the emergence of new leaders. At the same time it is important to me to offer an open criticism to the establishment of power through fear – often under the pretext of the declaration of the real truth. The project is a parody of the ego of self-appointed saviours, who in return for loyalty usually do not offer more than a shaming of the ego of prior saviours. Being the same age as both male figures, I present an observed model of self-centred annunciation, becoming yet another embodiment of the martyr defeated by visions of the new world, in which he is the lord. In the meantime the pleb cannot see beyond the end of his nose, because the Messiah snubbed it off, just as his predecessor had done to him. 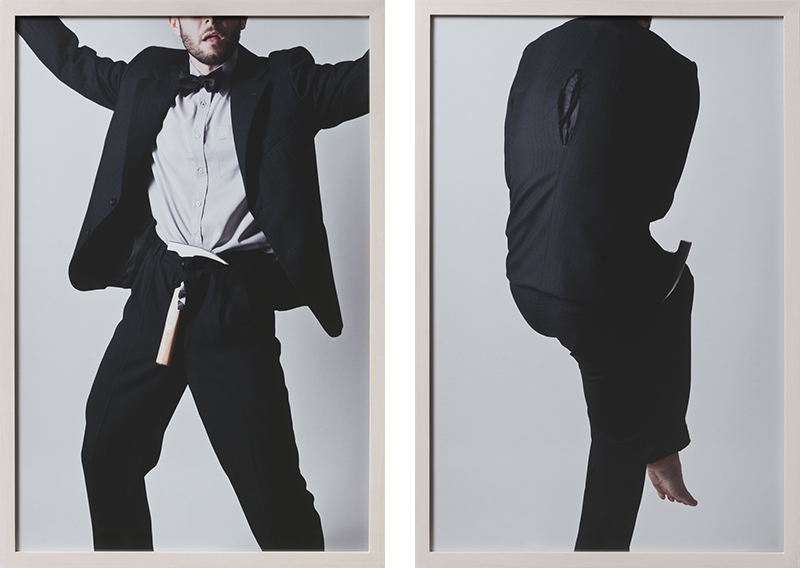 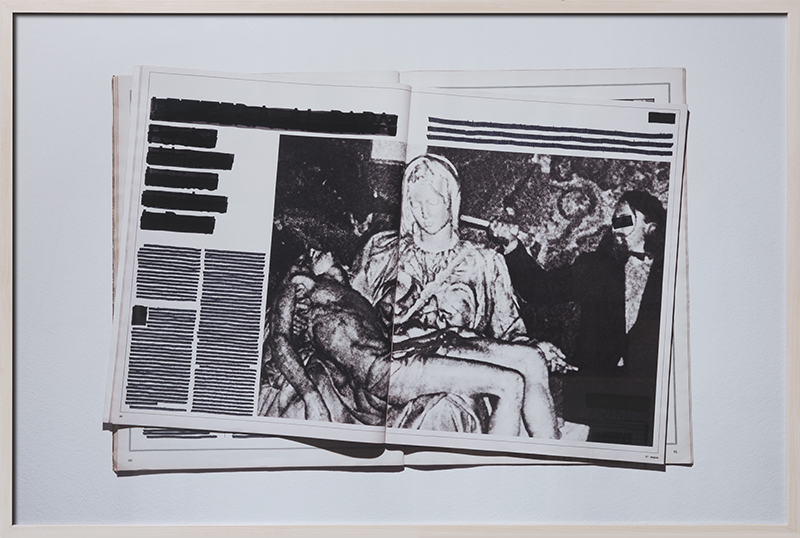 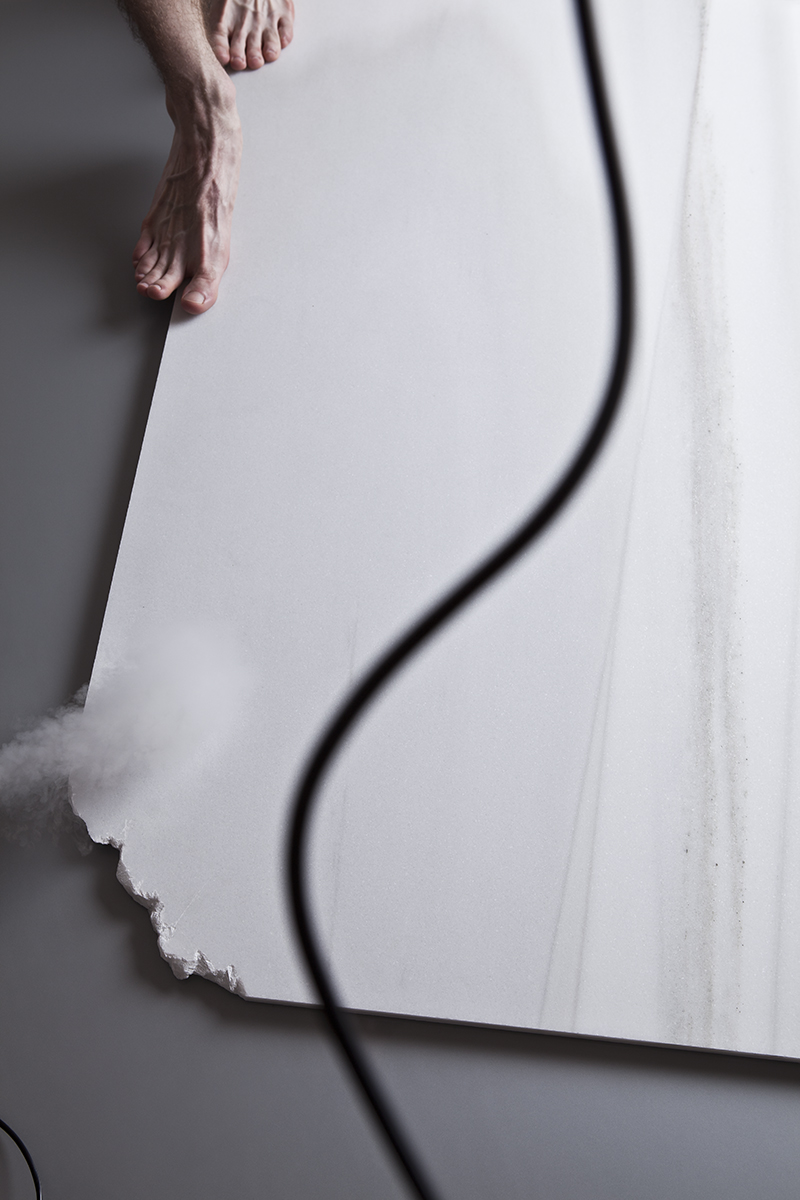 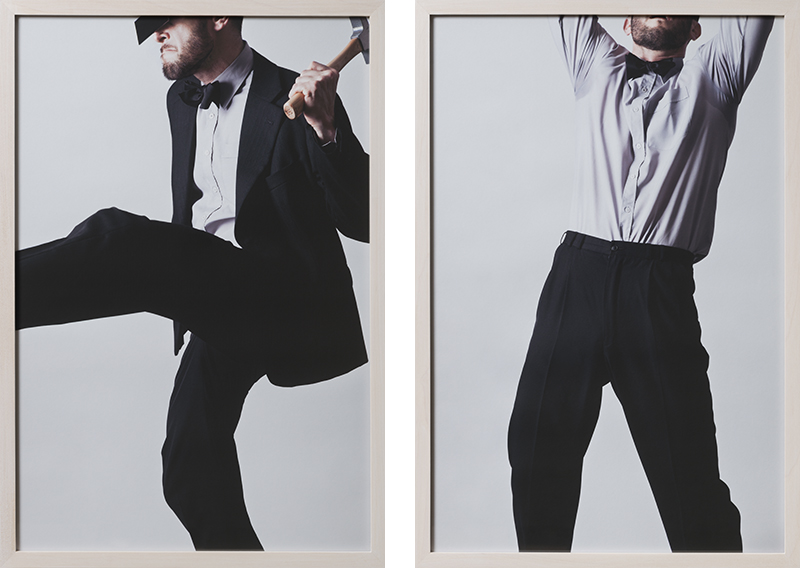 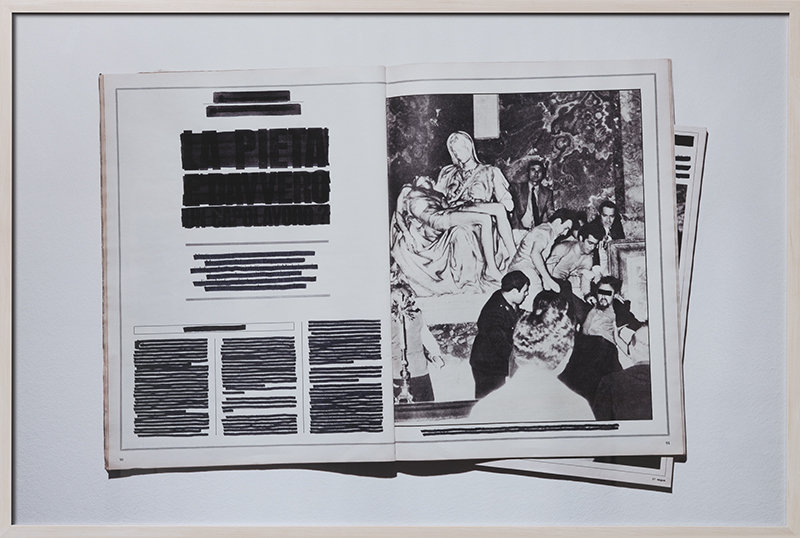 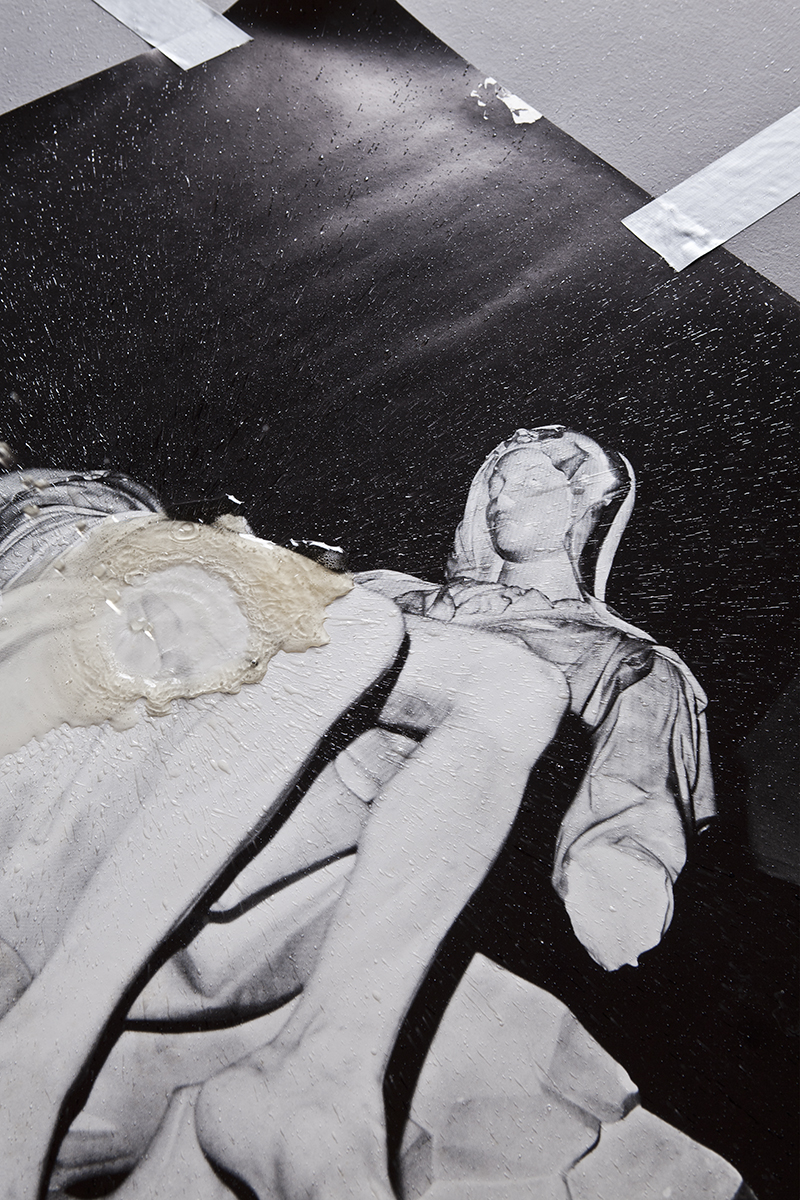 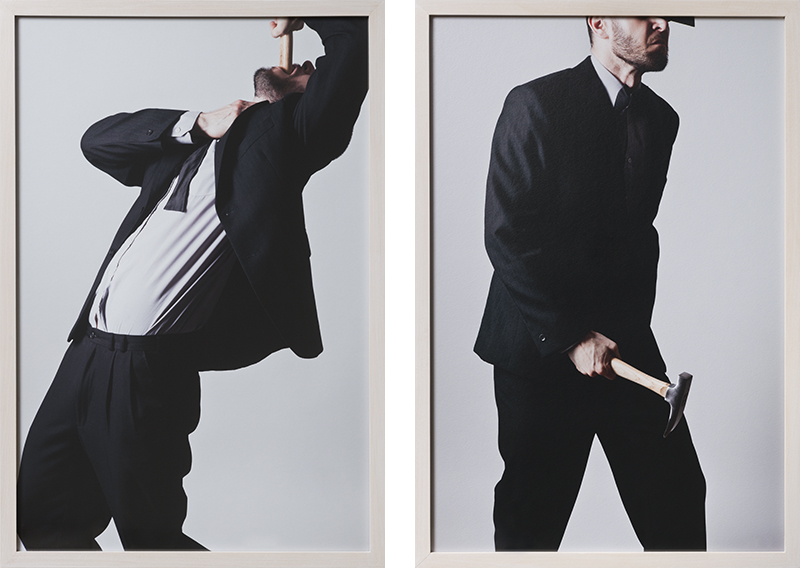 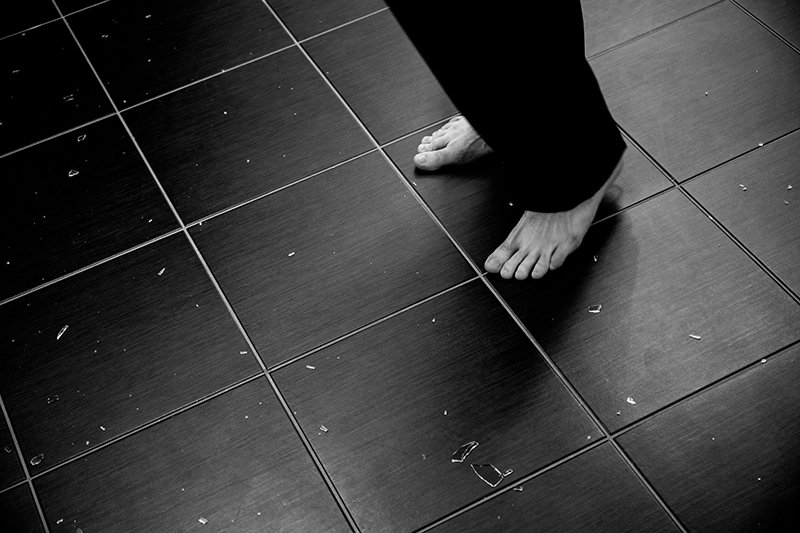 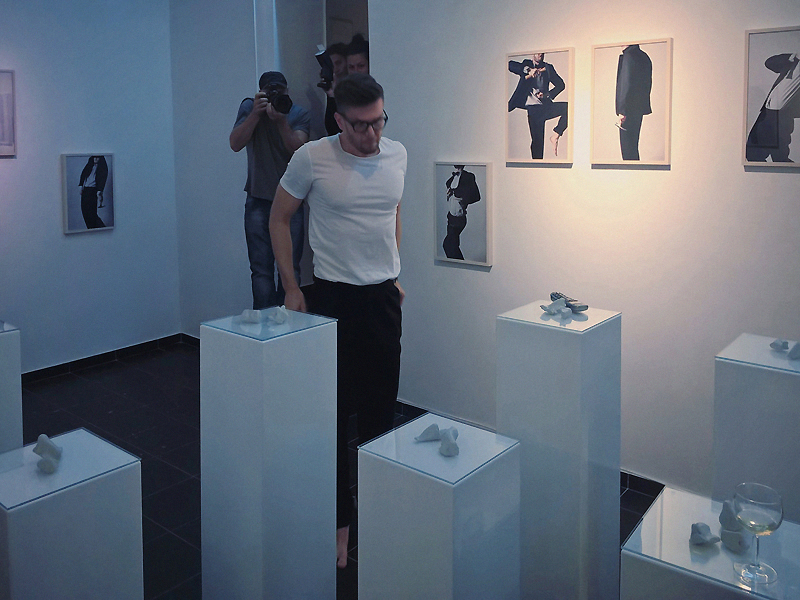 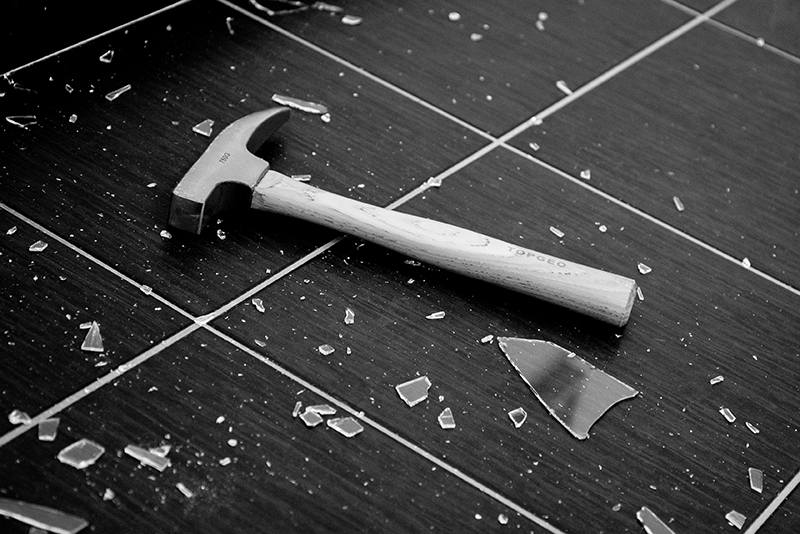 ("Self-portrait with the Hammer of Annunciation" performance during the exhibition opening in the Photon Gallery in Vienna, 2017.) 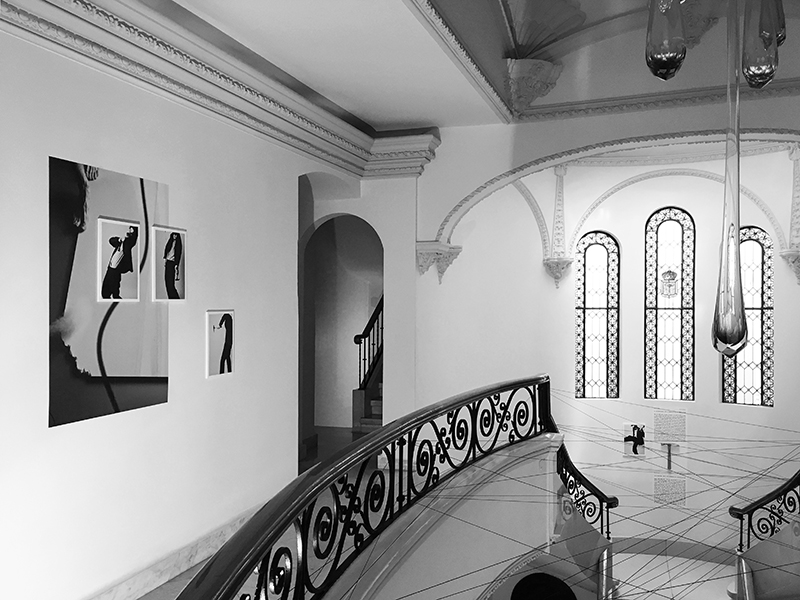 ("Self-portrait with the Hammer of Annunciation" as the Dos Cuarentaycuarto Gallery art intervention at the Pugseal Polanco in Mexico City, 2017.) 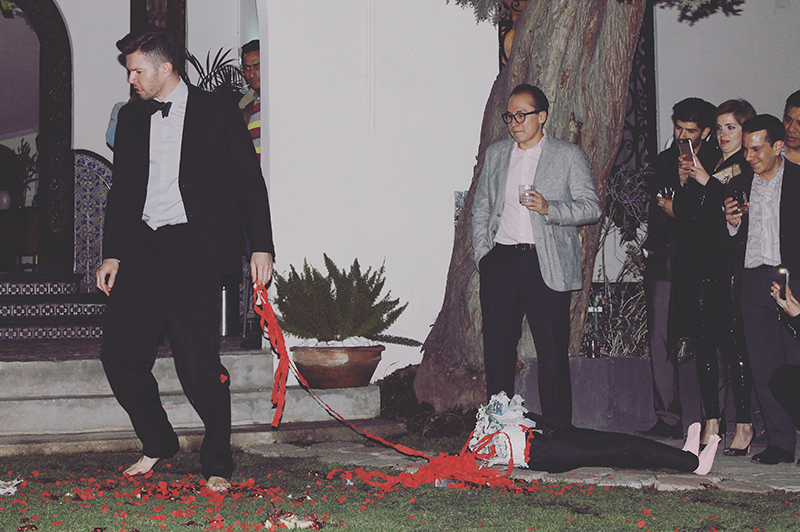 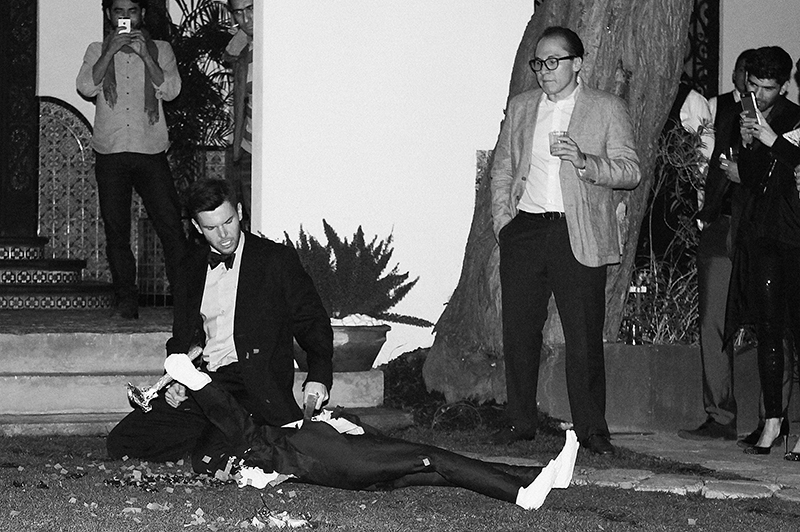 ("Self-portrait with the Hammer of Annunciation" performance during the exhibition opening in Mexico City, 2017.) 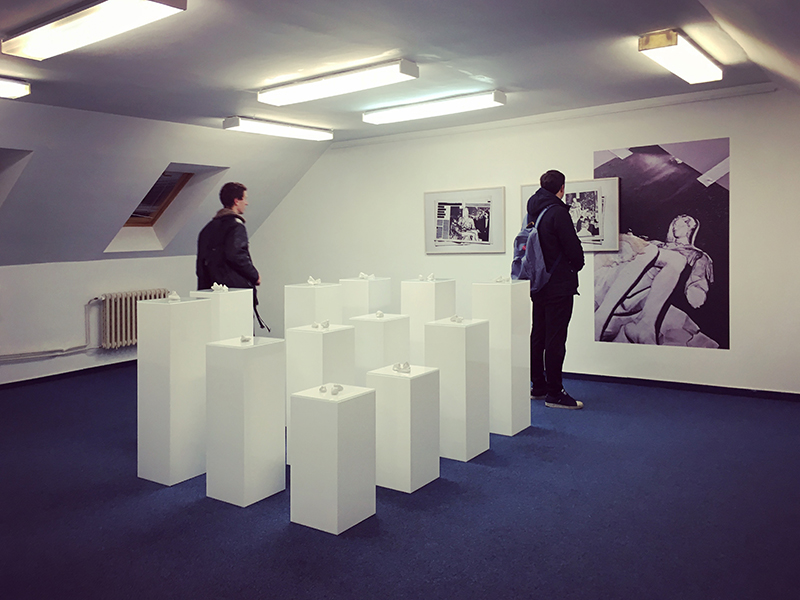 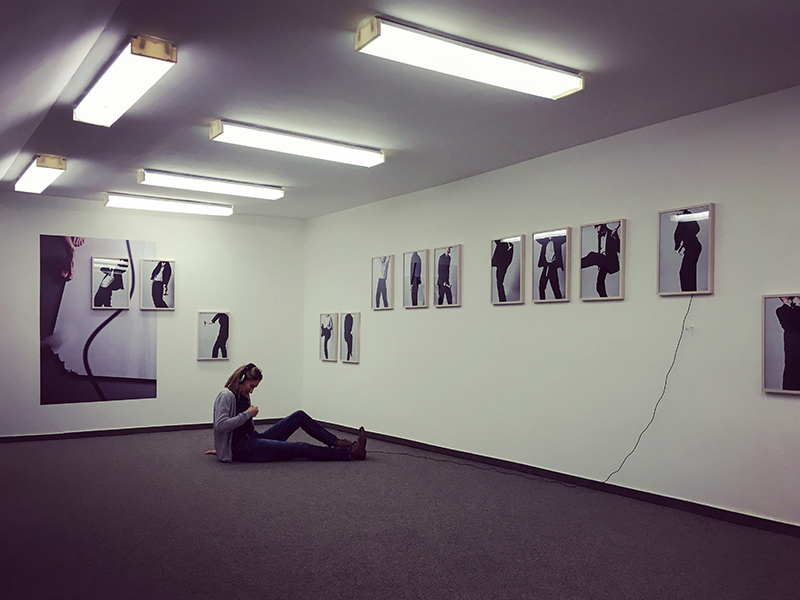 ("Self-portrait with the Hammer of Annunciation" in the Artoteka Gallery in Bratislava as a part of the European Month of Photography festival, 2016.)